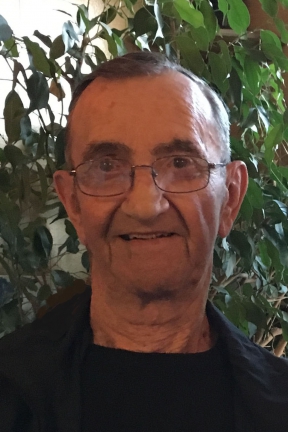 Adrian Kroetsch of Walkerton passed away peacefully on July 2nd, 2021 at the Chesley Hospital in his 88th year. Born on the family farm in Carlsruhe on September 3rd, 1933 to the late Philip and Isabelle (Dosman).

Loving husband and best friend to MaryAnn (Kuntz) whom he recently celebrated 50 years of marriage with on May 28th. Together they worked alongside one another for many years on the farm and later in the restaurant business.

Devoted and dear father to Linda (Randy) Bieman of Angus, Pam Kroetsch of Eden Mills, Pat (Jamie) Kempel of Waterloo. Adrian was overjoyed to have been blessed with his three girls and truly loved spending time with them and their families.

Cherished papa to Kayla, Hunter, Riley, Travis, Shelby, and Carson whom he was known to either be sharing a joke or history lesson with, getting the latest updates in their lives, and NEVER EVER acting his age.

Predeceased by his sister Marcella (in childhood) and his sister Lucille and her husband Gerald Hunt, father-in-law Peter Kuntz and brother-in-law Ron Dyet.

Adrian lived his entire life as an honest, humble, and selfless man who’s family was the centre of his world. He was fondly known as “SUPER A” and absolutely lived up to this title. He will be dearly missed by family and friends, but the memories he gave all of us will serve as hugs for a lifetime. They simply don’t make them like this anymore.

A private family memorial service will be held at Mighton Funeral Home in Hanover on July 7th, 2021.

Memorial donations to Saugeen Hospice Inc. or to SBGHS-Chesley Site can be made as expressions of sympathy. Condolences for the family can be sent to www.mightonfuneralhome.ca