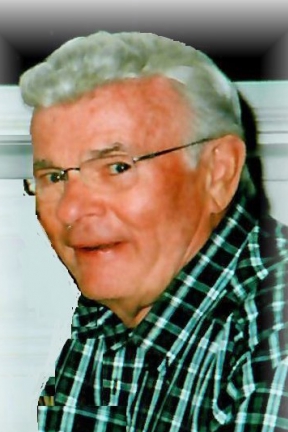 Bernie Hartman, of Lake Rosalind, passed away peacefully surrounded by his family on Saturday, November 20, 2021 at the Hanover & District Hospital in his 86th year.

He will be dearly missed by his wife Pat of 63 years, loving son Dan Hartman and daughter Cindy (Lyle) Schaus and his granddaughters Savanna (Lawrie) Myers and Jordan (Curtis) Collins along with four great grandchildren Emmy and Carey Myers and  Grant and Ryleigh Collins. Fondly remembered by his brother Stew (Florence) Hartman and sister in law Jean, and their children. Predeceased by his parents Eulalia and Ted Hartman, dear son Terry, sister Theresa Osthoff and brothers Nicholas, Wilf and John.

Bernie grew up in New Liskeard and shortly after moving to this area entered into the automotive trade earning his automotive and motorcycle licences. In 1965 he started his own business in Hanover, "Bernie’s Supertest", and then to 7th Avenue to own and operate Bernie's Honda, selling and servicing Ski-Doo snowmobiles, Honda cars, motorcycles and power products.

He spent many of his early years with the Hanover Snowmobile Club and riding the trails with his family. He enjoyed fishing and living at Lake Rosalind since 1962. After retiring, he spent many hours hiking the Bruce Trial with Pat, then building his cottage and dock at Stokes Bay Shores. He enjoyed watching the Blue Jays spring training, playing shuffleboard and watching the dolphins in Placida Florida. Almost to the end you could find him at his beloved shop with son Dan, working together with a wrench in his hand fixing anything with or without an engine.

A private family Mass will be held at Holy Family Church with cremation to follow and inurnment of his ashes along side his beloved son Terry in Hanover Cemetery.

Due to COVID restrictions, we will be holding a Celebration of Life Service at Ground Effects - Event Centre just outside of Hanover on Saturday May 14, 2022.

As an expression of sympathy, memorial donations to the Terry Fox Foundation,  Hanover & District Hospital or charity of your choice would be appreciated by the family. Arrangements entrusted to the care of Mighton Funeral Home.