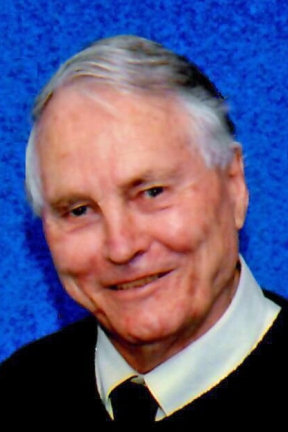 It is with deep sadness that we announce the passing of Francis Wayne Duncan at Chapman House Hospice on Tuesday, April 26th, 2022 at the age of 90, with his family by his side.

Wayne will be fondly remembered by many cherished nieces and nephews on all sides of his family who have warm recollections of their Uncle Wayne.  Wayne was predeceased by his parents Andrew Edward and Selina May and eight siblings who were very dear to his heart: Edna, Jim, Dan, Alma, Merrial, Gerald, Glenn, and Bobbi.

Wayne was born on a farm in Neville, Saskatchewan on Oct. 11, 1931.  Along with his parents and nine brothers and sisters, he lived through the years of the Great Depression in the dustbowl of the prairies.  This early experience greatly influenced his character and instilled in him a loyalty to his family that could not be shaken.   Wayne’s family has always been of central importance to him.  He took great pride in his children, grandchildren, siblings, nieces and nephews and loved to spend time in their company.  He played an important role in keeping the history of his Saskatchewan roots alive by sharing stories of his childhood years spent on Spring Valley Farm.

Wayne was a farmer at heart and a teacher by trade.  He loved the Duncan family farm in Normanby Township and ran a cow-calf operation there for many years, building lasting friendships with neighbouring farmers. Wayne taught welding and other technical shops at both Walkerton District and John Diefenbaker Secondary Schools during his time in the Hanover area.  He had treasured memories of working alongside respected teaching colleagues who also become his longtime friends.  Wayne was fond of his students and had a soft spot for those who particularly needed his encouragement and support.

Family and friends are invited to Mighton Funeral Home for a visitation to be held on Thursday, May 5th, 2022, from 5 pm – 8 pm.  A memorial service will take place at the Funeral Home on Friday, May 6th, 2022 at 11 AM.  The family would like to respectfully request that masks be worn at both the visitation and service.

Wayne’s family would like to express their sincere gratitude to Dr. Randy Montag, who provided outstanding support to our father over many years.  In the last year of his life, Wayne spent some time both in Hanover & District Hospital and at the Hanover Care Centre.  We would like to thank the staff at both facilities who provided diligent care for him and treated him with such warmth and kindness.  At the end of his life, Wayne received truly wonderful care at Grey Bruce Regional Health Centre and Chapman House Residential Hospice.  We are so thankful for the efforts of all of the doctors, nurses and personal support workers who made his last days as comfortable as possible and also supported our family during this time.

As expressions of sympathy, memorial donations to Chapman House Residential Hospice in Owen Sound would be greatly appreciated. Condolences may be sent to the family at www.mightonfuneralhome.ca

I'm very sorry to read of Lana's father's passing. I remember him from JDSS and Mrs. Duncan, as well. I've learned that the time that passes after one's father's passing always seems like it was just yesterday. May wonderful and humorous memories of time spent with your father help to alleviate your sorrow.

Aunt Betty-Anne, Gwen, Gayda, Danny, Lana and the Grands. I have so many fond memories of Uncle Wayne and the family, both on your visits “home”, and my occasional trips to Ontario. One favourite memory is fishing and seeing water lilies for the first time at Upsala, catching my first fish (even if the grownups threw it back for some reason). I was fortunate to have a chat with him at Shirley’s when he called in January. As always, he was interested in what was going on and what we were up to. Please know that even though I don’t keep in touch very well, I think of all of you often and hold you dear in my heart. Look forward to seeing you this summer, although the Ontario moon will never be the same in Saskatchewan.

Beautiful service for Uncle Wayne - thank-you so much for having it streamed so that the rest of our family could join you and celebrate his life.
He was a wonderful person and I feel so lucky to call him my Uncle and to have had him in my life. He has always been an inspiration to all of us.
Take care - looking forward to spending time with all of you in Sask in July.

My deepest condolences to the family and friends of Big Wayne. I always had great respect for him and always enjoyed the visits he made to our family's home back in Upsala. May his memory endure within us all. God bless 🙏 Rest in peace Big Wayne 🙏

We are sending our Love & Deepest Condolences to the Duncan Family.
Uncle Wayne was a very unique uncle & we all have a few wonderful memories of him & your family which we will treasure.
Thinking of you all tomorrow.
Love The LaFond Family❤️🤗

I wanted to let you know that I have been thinking of you during this time. I am sure you have many great memories of your dad, but the family loss is still there.

BettyAnne, Gwen,Gayda,Dan,Lana and family,
Our memories of Wayne over the years will include great stories of farm life and seeing the twinkle in his eyes when he shared his quick wit and that same twinkle for the tremendous pride in his family. Holding you close in thought during this difficult time. Take care - Yvonne &Neil

My deepest sympathies and condolences for your loss. Uncle Wayne was an extraordinary person. I will always remember him as an astute visionary with one of the quickest minds I have ever known. And of course, he will be fondly remembered as a prankster who loved to tease us kids!
Sending you love and prayers for peace and comfort in your time of sorrow.

To the Duncan Family:

We are thinking of you at this difficult time.

Lana and Family,
So sorry for your loss. I never had the honour of meeting your Father, but it seems he was a kind and humble man. How fortunate you are to have many wonderful family memories through the years. Sending hugs. 💗

Betty, Gwen, Gayda, Danny and Lana,
We were neighbours on 7th Street in our childhood – the Gilkinson family. We spent plenty of time together and it was so nice that the adults kept in touch. Betty – we appreciated your friendship with our mom right up until she passed.
Your dad did many good things with his life, and his obituary portrays him with the love and pride you all feel. We are sorry for your loss, and hope your memories will help you through this difficult time. Take care of yourselves.
Dawn Brownlee, Lynn Werkmeister & Laurie Symonds (the Gilkinson girls)

Dear Aunt Betty Anne and Family My Special Condolences to you All. I am very sorry for your loss of Uncle Wayne. I enjoyed his story telling, he would tell us a story and Mom would be cringing in the background as she sometimes didn't want her kids to hear all that Wayne had to tell. Know that you are All in my Thoughts and Prayers . Love 💘 and Prayers 🙏 Sheryl LaFond Clark

Dear Betty Anne and families; We are so sorry to hear your message.We send our sincere condolences to you onthe passing of Wayne. We did not know about his illness he went through in the last while.We were close neighbours even though we did not see you often.Our thoughts and prayers are with you at this sad time.Stay well, stay strong and remember the good times.Bill and Marlene Douma.

Aunt Betty-Ann, Gwen, Gayda, Dan and Lana
My sympathies on the passing of Uncle Wayne. I have many great memories of him coming to visit in Neville. He was always genuinely interested in what we were doing. I will cherish the many memories I have. Hugs to all of you.

My deepest sympathy. As with all of my siblings I have many
fond memories of Uncle Wayne. God be with all of you as you
grieve and go on with your memories.
Love Maureen

Peter, Lana and all your family:
So very sorry to read of your father's passing, Lana and Gwen. It is so hard to lose a parent. Please relay my condolences to Gwen and all who loved Wayne.
Love
Cathie

Thoughts and Prayers to the Duncan Family and Friends.
Wayne was a great guy.