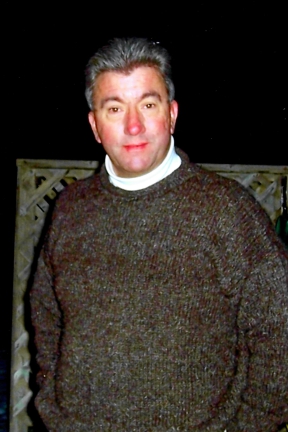 In many ways, Mo was bigger than life.  He was not afraid to take chances or risks, always willing to try new things and had a very broad range of skills and knowledge that he applied in all that he did.  Mo had a very huge heart and was always around to help and to support others, welcoming everyone he met inclusive of trying to learn their language.

Born on September 9, 1959 in Hanover, Ontario.  Mo attended both Holy Family Elementary School and Hanover District High School with his beloved wife—Jean Ann (nee Helwig) being in the same class from grade one up through to the high school years.  His love for Jean Ann grew over the 40 years of marriage including many adventures related to his career growth, travels and many events with family and friends.  His versatility in learning and achieving various careers started at a very young age (young teens) from sewing mink coats, newspaper routes, to being Produce Manager at A & P.  His post- secondary education led him down the career path in the construction industry as a Draftsman for Designer’s World (own business) and later owning his own lumber- yard (Kodiak Home Centre).  Mo’s versatility on his career path continued over the past 25 years as he attained his Industrial Lubrication Engineer education with Conoco Phillips and Case & Drum Inc.  There appeared to be nothing that Mo could not do when he set his mind to it.  For those who knew Mo, he had no fear and lived life to the fullest.

When in Hanover, Mo was very community focused and involved with various Boards of Directors including the Hanover Chamber of Commerce, the Hanover and District Hospital Board, the Walkerton Association for Community Living and the Ontario Association for Community Living.  He volunteered his time as a coach for local hockey teams, baseball teams and an instructor for the Hanover Tennis Club.  Just this year he was also recognized by the Hanover Royal Canadian Legion – Branch 130, receiving his 30 year pin.

Survived by his devoted wife of 40 years—Jean Ann (nee Helwig) of London, Ontario.  Predeceased by his parents Wilfred and Betty Goll and his in-laws Stuart and Ann Helwig.  Also, predeceased by a sister-in-law Christine Goll and an infant brother Dennis Goll.

Visitation will be held at Holy Family Church, Hanover, on Tuesday, May 10th, 2022, from 10-11 am, where a Funeral Mass will follow at 11 am.  Father Michael Anderson officiating. Interment in St. Francis Xavier Cemetery, Carlsruhe.

You lived life to the fullest! The memories you left us all, could build the steps you took to get to heaven.

Sorry to tell you this but the Kitchener Rangers beat your London Knights and put them out of the playoffs and the Toronto Maple Leafs are now out of the playoffs but they were beaten by your Tampa Bay pick that you chose this hockey season.to win the Stanley Cup. Going to miss our talks and bets on the hockey.games.

Miss you and love you Mo!!

You are not alone in this new journey you are about to take. Your family, friends, neighbours, co-workers are walking hand and hand by your side and will be with you thru the tough times and the good times.
Mo will always be in your heart and your mind but he will protect you from above. He is your Guardian Angel and a good one at that.

Love you to the moon and back
Your Sis .

Our condolences to you Jean Anne and family members. Our thoughts and prayers are with you.
Dianne (Schnurr) Schafer & Larry

Jean Ann our thoughts and prayers are with you, your family and Mo's family at this very difficult time. Lots of great memories of Mo from your time in this area. John and Brenda Wilton

I'm so sorry for your loss Jean Ann. My thoughts and prayers are with you during this difficult time.

Jean Ann,
My heart is breaking for you. Everytime you spoke of Mo your eyes would sparkle and the love you have for him was apparent in each and every word.
Thinking of you during this time.

Our sympathies to Jean Ann and the family, thinking of you at this time.

Our deepest condolences, Jean Ann. Thinking of you and sending lots of love your way.
Erin, Mike & Henry Doan

Jean Ann,
With deepest sympathy, you are in my thoughts.
Kerrilyn Kyles

RIP MO our thoughs and prayers for jean ann ,charlene&fred and the rest of the family.

Sending our sincere condolences on Mo’s passing.
His early departure will certainly leave a void in the lives of his loved ones. May your loving memories help to heal your grieving hearts💕

I remember for several years Mo played Scrabble with myself and Dan Craig. . Mo's kindness, humor, and friendliness were always on display.. My sympathy to Jean Ann and family.

May Mo Rest In Peace. No was always a friendly, welcoming face. He will be missed.

Mo was a sociable, outgoing fellow. I am sure the family will deeply feel his loss.
Sorry for your loss.

So sorry to hear of the passing of Mo. We had many of fun times together as I met Mo many years ago then he ended up working with me also. Mo was always in a good mood and willing to share a laugh. RIP until we meet again old friend Cheers.

Jean Ann, truly sorry for your loss. Of the little time we had together on Silversmith, we got to know you both and we’re able enjoy some good times. Mo was a big presence and we will always cherish those times.
Charles & Roz

I was shocked to hear of Maurice's passing - - especially at such a young age
RIP Mo. and my sincere condolences to all family.

Jean Ann - My deepest condolences on the loss of your husband and life partner. Sending you strength at this difficult time.

Jean Ann
My deepest condolences to you and your family during this time. Mo was a very passionate and will be missed by all. Thinking of you during this heart breaking time.

Dear Jean Ann and Family
I am so very sorry for your loss.
With sympathy,
Vickie Woods

JeanAnn,
We are so sorry to hear of Mo’s passing. So many memories came to mind. Thinking of you and sending love.
Carrie and Scott Acton

It was with sincere sadness that I heard about the passing of Mo. Sending my heartfelt thoughts and prayers to you at this sad time.

Jean Ann,
Sending you so much love. I remember the first time I met Mo and what I remember most is his twinkle in his eyes and the way he looked at you. What a supportive pair you were.
Take care,
Debbie