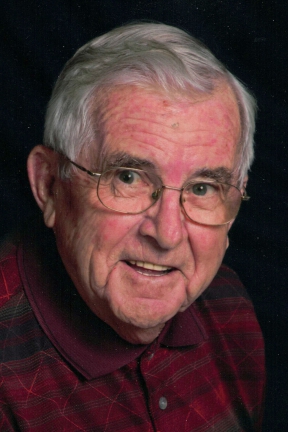 Dale Douglas Stafford, of Hanover, passed away at Hanover and District Hospital on Tuesday, August 30, 2022. He was 91.

Born on June 12, 1931, in Westport, Ontario, to the late Russel and Marguerite (nee Sommervile) Stafford. Dale worked as an operator for over 35 years, starting at Niagara Falls Power and enjoying the majority of his career with Ontario Hydro, stationed at various locations all over Ontario. Dale and his wife Ann enjoyed many years living in the peaceful Village of Westport, Ontario, relocating to Hanover a few years ago to be closer to family.

Cremation has taken place. A Private Family Memorial Service will be held in the future, followed by inurnment in the Glenhaven Memorial Gardens Columbarium, in Glenburnie, Ontario. Arrangements entrusted to the care of Mighton Funeral Home.

Memorial donations to the Alzheimer Society Heart and Stroke Foundation would be appreciated as expressions of sympathy.

Dear Ann, I was very sorry to read in the Westport Mirror about your loss of Dale. My Deepest Sympathy to you and your family. My thoughts and prayers are with all of you as you go through the difficult days ahead.
Sincerely, Beverley Morrison

So sorry Ann. Always remembered Dale on our shared birthday.
I still miss you being out playing golf with us. We had so many great years.
Thinking of you and your family, may all your great memories sustain you.
Louise

You are remembered with warmth, sympathy and understanding in this time of sorrow.

I’m so sorry, Ann. I know Dale has been struggling for quite a few years. It’s a good thing you moved back closer to your family. I miss you at the golf club.
You’re in my thoughts and prayers.
Ruth

So sorry for your loss.
Love,
Meg

So very sorry for your loss Ann. We always enjoyed being with you and Dale..
Loved his sense of humour. Missed you when you moved from Westport.
Our deepest condolences.

Deepest sympathies Doug, Cheryl and family, on the loss of your Father/ Grandfather.
Brian & Debbie Lester

Cheryl and Doug, and family..

Sending my sincere condolences to you all and letting you know we are thinking of you and sending love and prayers!
Love, Aunt Chris ❤️

Sorry for your loss we are thinking at this trying time.
Archie & Terri Baker