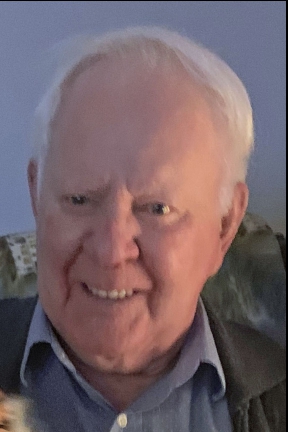 “A gentleman and a gentle man who was loved by many”

Born to Denis and Clara (Pelrine) Cashin, on April 8, 1930 in Port Felix, Nova Scotia. He worked in the shipyard in Halifax, and as an adventurous young man, was part of a crew sailing from Halifax to India. On his return, he settled in Toronto, where he found work with the Municipality of Toronto Public Works Department, where he would remain for his entire working life. In Toronto, he met and married the late Margaret Burns (Glace Bay, NS). Together they had five children. In 1968, the family moved to the property on Hwy 10 near Proton Station. Following the death of Margaret in early 1970, he was able to keep his young family grounded and together, despite always working away. He retired from “Metro” in 1988.

The family invite you to join them in their farewell, to be held Sunday,  November 6, 2022, from 1-5 pm at the Flesherton Kinplex Hall. Inurnment will follow in Port Felix, Nova Scotia at a future date.

Dear Judy, Janey, Nancy Arthur, Dennis and families. Eldon & I send our deepest and heartfelt sympathy upon hearing of the death of your dad. Such a kind and gentle man whose visits we will miss. You were blessed to have him with you for all those years.

Our heart goes out to the family, May the lessons your Father gave you last a lifetime

My thoughts are with all of you! And I wish I could be with you all right now. Sending all our love your way!
Xoxoxo love you all very much! Gail & Stephen, Victoria & Kody. & Mom & Dad (Rena & Babe)

So sorry to hear of your Dad's passing. He lived a long life & will certainly be missed by all. My thoughts are with you during this difficult time!

My deepest condolence to you and your family.

Janey and Family,
My deepest condolences on the loss of your father.

So sorry to hear of your Dad's passing, sincere condolences, our thoughts and prayers are with you all.

We would like to express our deepest condolences, to all the Cashin family
We are so sorry to hear the loss of your Father
Our thoughts and prayers are with you all

Janey, Robert and family, sorry to hear the sad news of Janey's dad. Our love ,thoughts and prayers are with you all.

So sorry to hear of your families loss. Sending our sympathies

Sorry for your loss. It was a pleasure to have had the opportunity to meet him.
He will be missed by many. We send our condolences. George and Jill.

So sorry to hear of his passing, he was such a pleasant man. Condolences to all of the family.

Dennis, Valerie and families, we are very sorry to hear of your family's loss.
Sincerely, John and Penny Colton

My sincere condolences to the Cashin family.love you all George and Ellen❤️